Bill Debevc has been using CAD and BIM Software for over 28 years. In 2005 he started using and teaching Revit and has worked on projects as large as 7 million square feet.  Nor is he an architect or an engineer and simply considers himself the Information Technology guy. Currently working  as a technical resource for an Autodesk reseller he loves sharing everything he knows about technology in order to help the design community reach their fullest potential.

“It’s all about sharing what I know and learning what I don’t!” states Bill.

This year is Bill’s 4th RTC North America. What makes RTC so great? According to Bill, “RTC is one of the few conferences where I really feel at home. It’s a smaller community and you’re able to meet the same people many times during the conference. By the second or third conversation people open up and the dialog really starts to flow. RTC is when friendships develop – not just casual conversations.”

Figuring out how things work goes beyond the digital with Bill. “I also have a passion for Little British Cars. I have a 1967 Austin Healey Sprite that I have recently restored (check it out over here). Fixing this little car is a nice change of pace for Bill. “No complicated electronics, no software, no computer controls. It’s just me and the car. I could go on so stop me in the halls during RTC and ask me about it.” 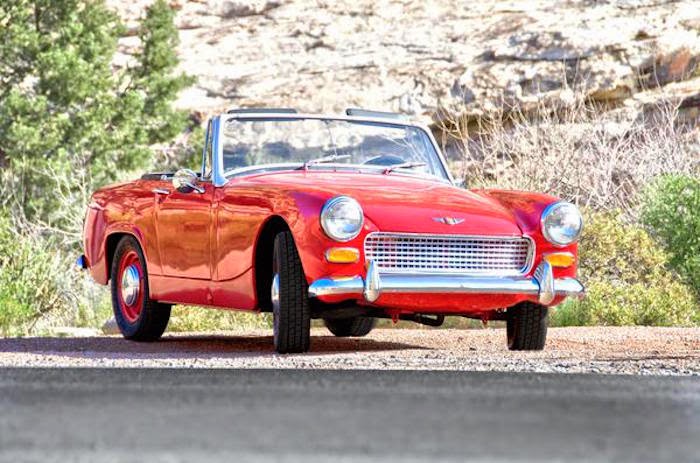 Bill’s newest adventure in sharing is a podcast called BIMThoughts.  “BIMThoughts is about BIM Technology and techniques.  Carla Edwards, Aubrey Fredrick and I co-host this great internet radio show. Once in a while I’ll interview an industry expert and learn more about what they do and what makes them so darn successful. Check us out at BIMThoughts.com or subscribe via BIMThoughts.com/itunes.

Bill believes the near term BIM future is all about improving collaboration. “Working over the internet with others should be seamless. In a few years we’ll look back at today and wonder how we ever did anything without the new tools. I can’t wait to see what’s just around the corner.”

So where are the most interesting technologies being developed? Bill expects the most interesting ”sleeper” products are going to come from nimble 3rd party developers. Not that there’s anything wrong with large companies (just ask Bill about Apple!). It’s more about the cultural and political hurdles in large companies trying to bring new ideas to market. Smaller companies don’t have the layers of people asking permission to do things – they just do it.

Bill’s most excited about RTC this year on a very personal level. “This year is the year I am not waiting or thinking about what I can do, or should do. This is the “Year of the Do” and that just what I am doing.” He’s started two different podcasts: BIMThoughts and MacThoughts. “Our plan for BIMThoughts is to include interviews and that is working out great!”

He recently changed the head gasket on his Austin Healey! As you can imagine, he was pretty anxious about this adventure:

“Put it this way, digital exploration has a safety net in CRTL+Z. Unfortunately there’s not always a parallel to CRTL+Z in the real world. You have to focus: turn off the phone, Facebook, Twitter – everything. Don’t even keep it in your pocket! Learn to concentrate and relax. Because if you get distracted and drop a tiny piece of hardware inside your carburetor or engine block you’re in for a very bad time.”

Over all Bill reckons it comes down to something really important his grandfather told him, “The only thing between thinking about it and finishing it is doing it.

No more excuses. Get out there and do it!